Romsey GC was represented by Wendy Gosden, Jenny Hartley and Darlene Baker at the Mabel Vearing Silver Salver at the Avenel Golf Course.  The weather was variable with light rain for the first four holes followed by some windy conditions that eventually changed to a pleasant golfing day.
The fairways were in great condition with a full cover of grass.  The challenge of the sands scrapes was daunting for some but the team from Yea adapted well and managed to win the Silver Salver for 2022. Congratulations Yea.

Fortunately the first three days of the week were dry and we were able to get machines on the course to cut the fairways and some of the rough.  Unfortunately, on Thursday and Friday another 30mm+ of rain fell meaning the course was again very soft with casual water on many fairways, so it looked to be a tough task to play to handicap.  Play began under overcast skies but, as the round progressed, the sun poked through meaning jackets and vests soon came off.  The wind shifted from Sth to SW making  quite a few holes play far longer than usual.  Despite the conditions a number of players carded excellent scores.  On a cool, breezy afternoon the results were; 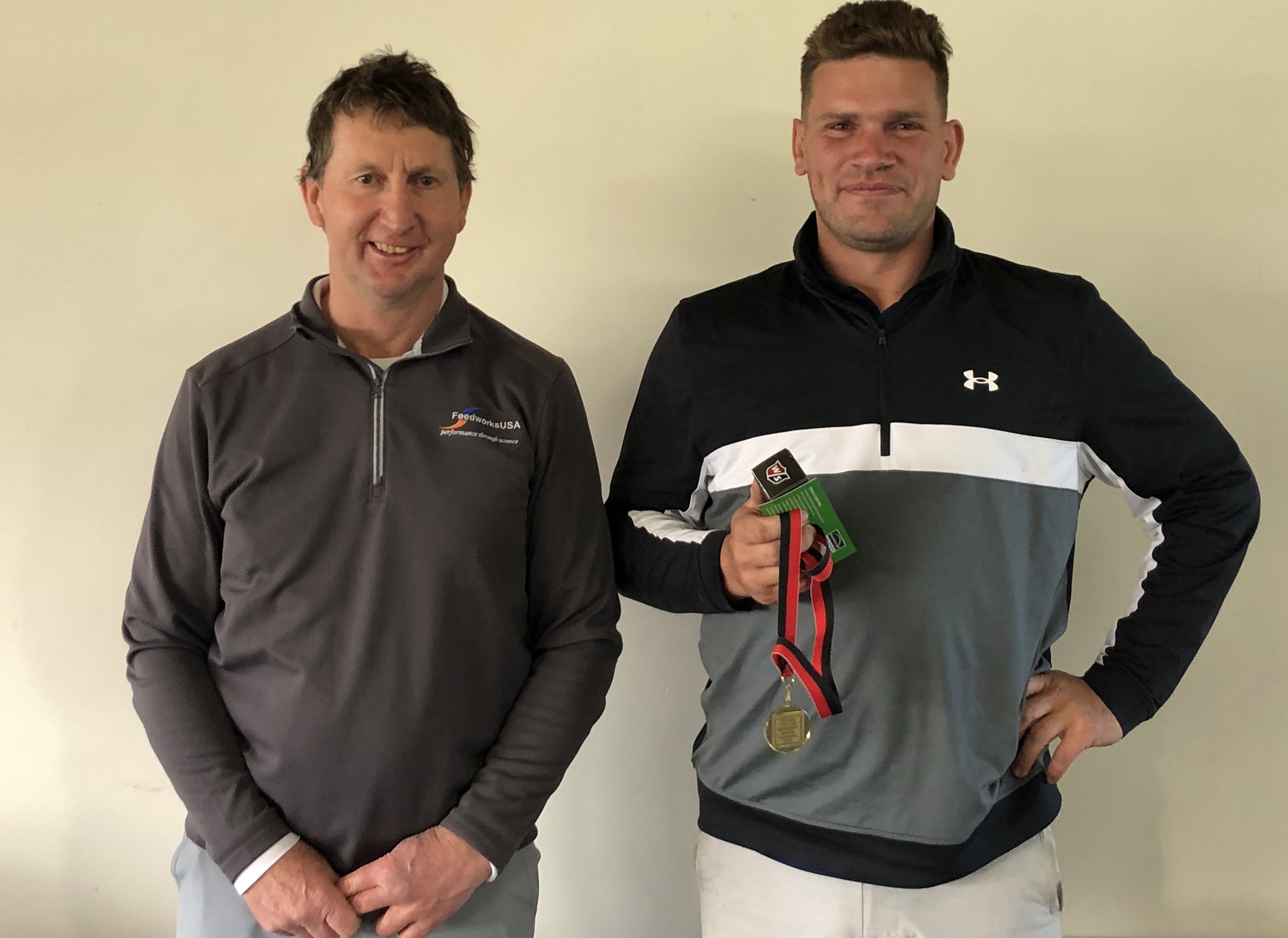 The course was in very good condition for the stableford round. With the dry start to Spring the course had dried out considerably from the previous week.  The fairways offered some run and the greens were receptive to the ball coming in from a high trajectory. The conditions on the course are a credit to our many hardworking volunteers. The day’s results were;
1st.     Darlene Baker.      (18) 33 pts
2nd.   Jenny  Hartley.      (21) 29 pts  C/B
3rd.    Kath Jekabsons.   (39) 29 pts

The day dawned misty and overcast but by hit-off the sun had poked through a for a cool afternoon however, the SSW wind rarely dropped under 30Kph making some holes play very long while a gust would push balls well wide on other holes.  Almost 35mm fell on the course on Mon/Tue, the drains ran full all week and there was virtually no mowing so all fairways  and most surrounds had areas of long grass.  Again, players had to watch every shot carefully for fear of plugging.   The final of the W. E. Tom Shield proved to be a closely fought affair but in the end seven birdies from the Wright brothers was enough to see them over the line.  The stroke round was a much more challenging with only one player coming close to or bettering his handicap.  On a cool day on a wet course the results were; 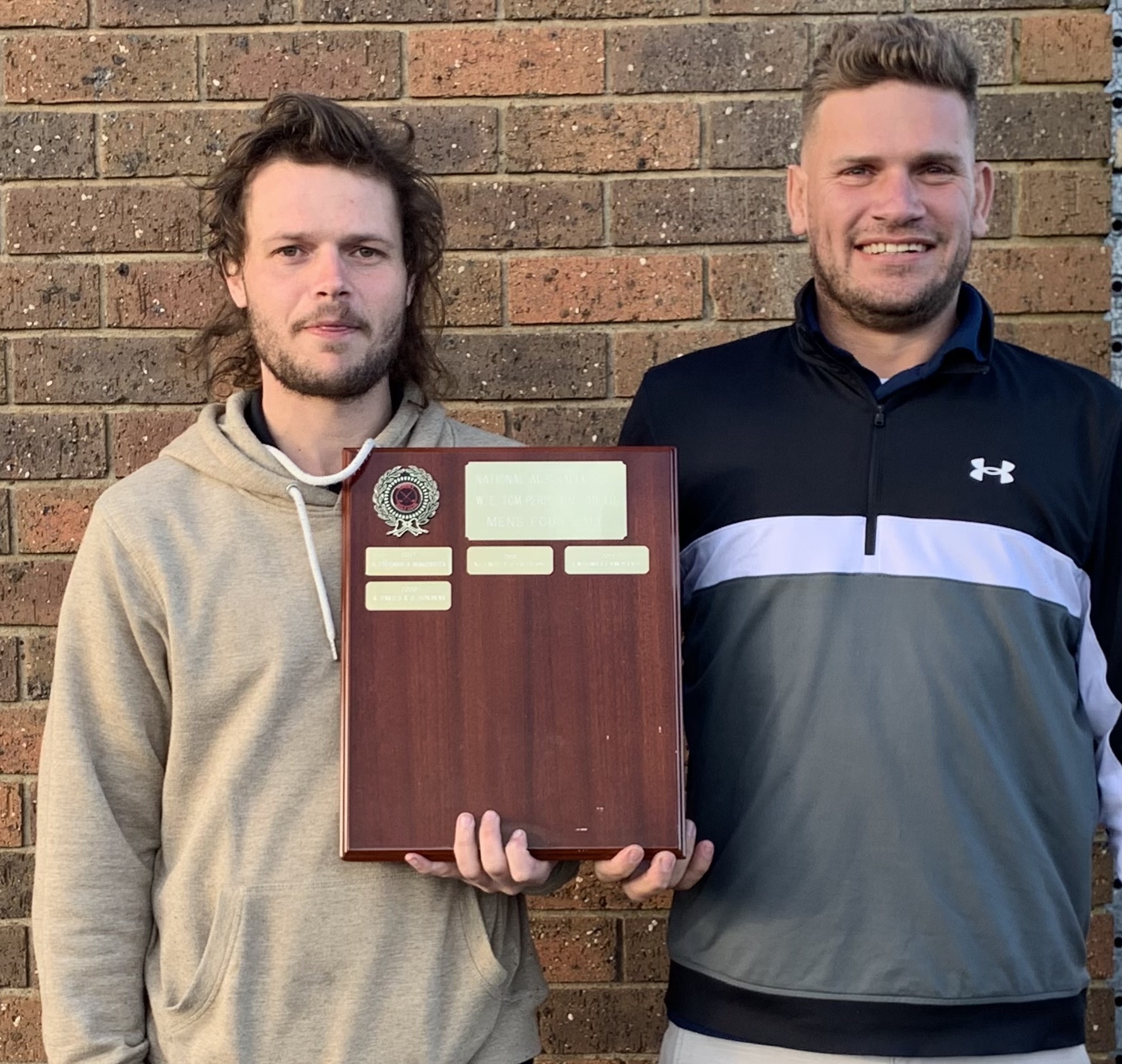 It was a beautiful, sunny afternoon, with virtually no wind, for the August Medal and the semi-finals of the W. E. Tom Shield.  With another 51mm of rain during the week the course was again way too wet for machinery so the fairways were soft with areas of long grass, plates had to watch carefully or risk losing a ball in the middle of the fairway.   As the cards came in it looked that a score of one under would take the day but the final group contained two top results.

The W. E. Tom Shield semi-finals were both closely fought matches with all pairs playing excellent golf,  One final got to four-up before slowly getting back to all square by the 18th.  The other match was close until the 13th where a run of good holes saw the semi decided.  On a beautiful day to be out on the course the results were; 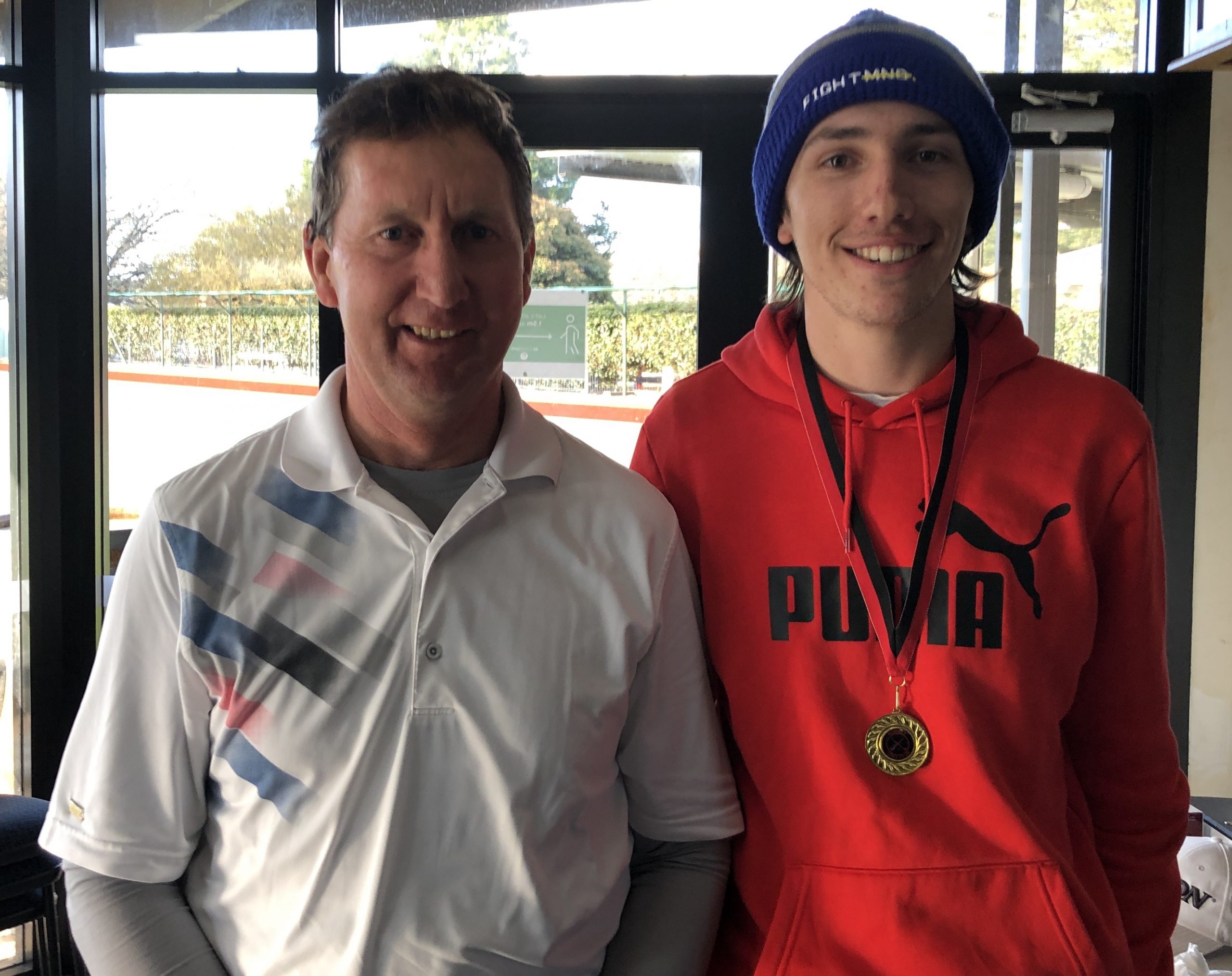 Golfers were keen to get back into tournament play after a long winter break and headed to Broadford for the Pat Dockery Challenge Bowl. As with a lot of golf courses in the district at the moment the course was wet under foot, in places, but otherwise was in good condition. The rain held off and conditions were quite pleasant with no wind at all. A lovely lunch was enjoyed by all as friends were able to catch up and chat with those that hadn’t seen for a few months.
The Kilmore team was able to put together the best combined score to win the Bowl.

Jenny had the best score (31 points) of the Romsey team and earned herself 4 Player of the Year Points, top effort Jenny.

The course has had plenty of winter rain lately but is in good condition. Apart from a couple of wet areas getting from green to tee the fairways are very good. There was of course no run but that’s winter golf.   The greens were very receptive and running true.  Daily Results

With steady rain falling for much of the morning attracting a good field for the day’s competition looked  to be very challenging.  The eight teams still contesting the W. E. Tom. Shield were playing their quarter finals but the extreme weather saw  half the teams did turning up so all four finals were walkovers.  The very heavy conditions saw the daily competition changed to Two-player Ambrose. It was a tough day with steady rain for the first four holes then a gusting wind from the Sth/SW.  Over the back nine the sun came out but it never really warmed up.  On a soggy course the results were;

(To be played on, or before, September 3rd)