The good weather that arrived mid morning on Thursday continued for the remainder of the week and the large September Medal field took to the course on a still, sunny afternoon, conditions looked good for the lower markers.  The fairways were still a little soft so virtually no run, distance in the air was again very important. The day also saw the final of the club’s oldest shield (1965) The W. E. Tom 4BBB.  A steady breeze blew up from the SE and then moved to the west but this had little or no effect on the golf.  The Medal field found going to be tough.  A few players has disastrous starts; it was always going to be hard to get back, others seemed surprised by the excellent conditions and could not summon their best golf.  One, occasional player, had a blinder to easily take out the September Medal

The W. E. Tom final  was close all day with neither team getting more that one up for the whole round.  In the end the final hinged on a missed putt, an eagle that lipped out and an excellently played long par 3. On a beautiful early spring day the results were; 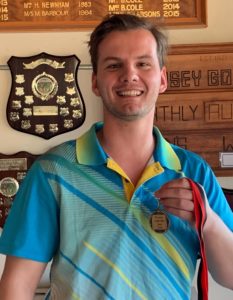 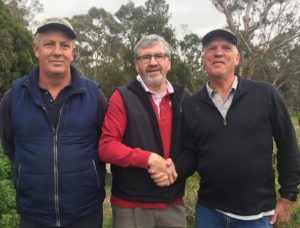