Despite dire predictions of 20 -40mm earlier in the week there was no rain during the round.  After the first few holes the sun came out and while there was a wind from the S/SE that pushed balls in the air everyone enjoyed the generally pleasant conditions.  The condition of the fairways, surrounds and greens saw some excellent early scoring, could the teams keep it up?  At the half-way mark three scores stood out, a 24, a 23 and a 22.  The final holes would tell the tale.  Despite a late surge from one team another played excellent golf to take out the day.  On a surprisingly good day the results were;

The club took the opportunity to present Cameron Newnham, NewEarth Constructions, with a Certificate of Appreciation for the excellent work the company completed during the club’s drainage and levelling works and the ongoing  support Cameron, the Newnham family and the company give to the club.  RGC president, Anthony Lakey noted that over 150mm of rain had fallen in the last 17 days and without the drainage work large sections of the course would have been unplayable. 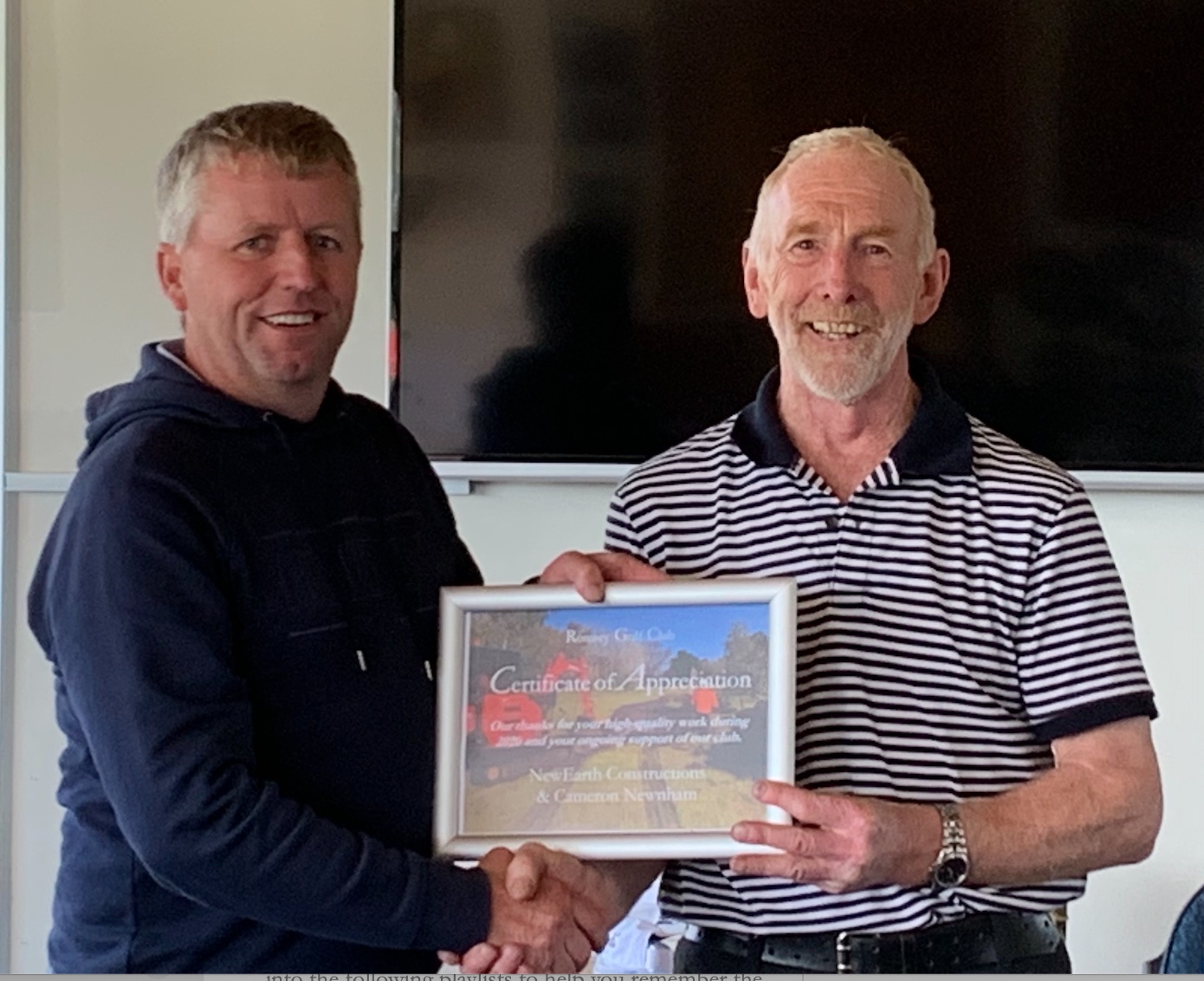 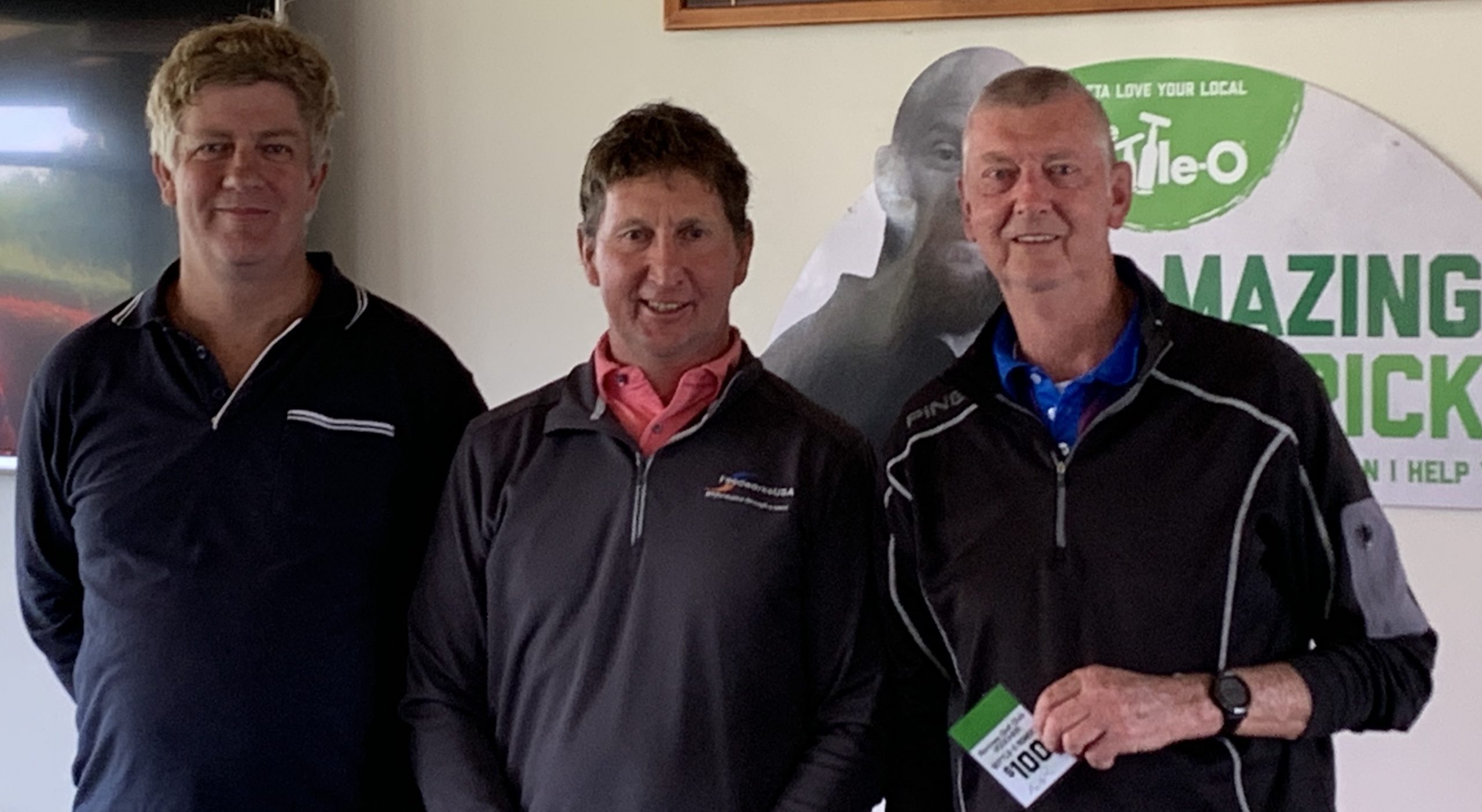 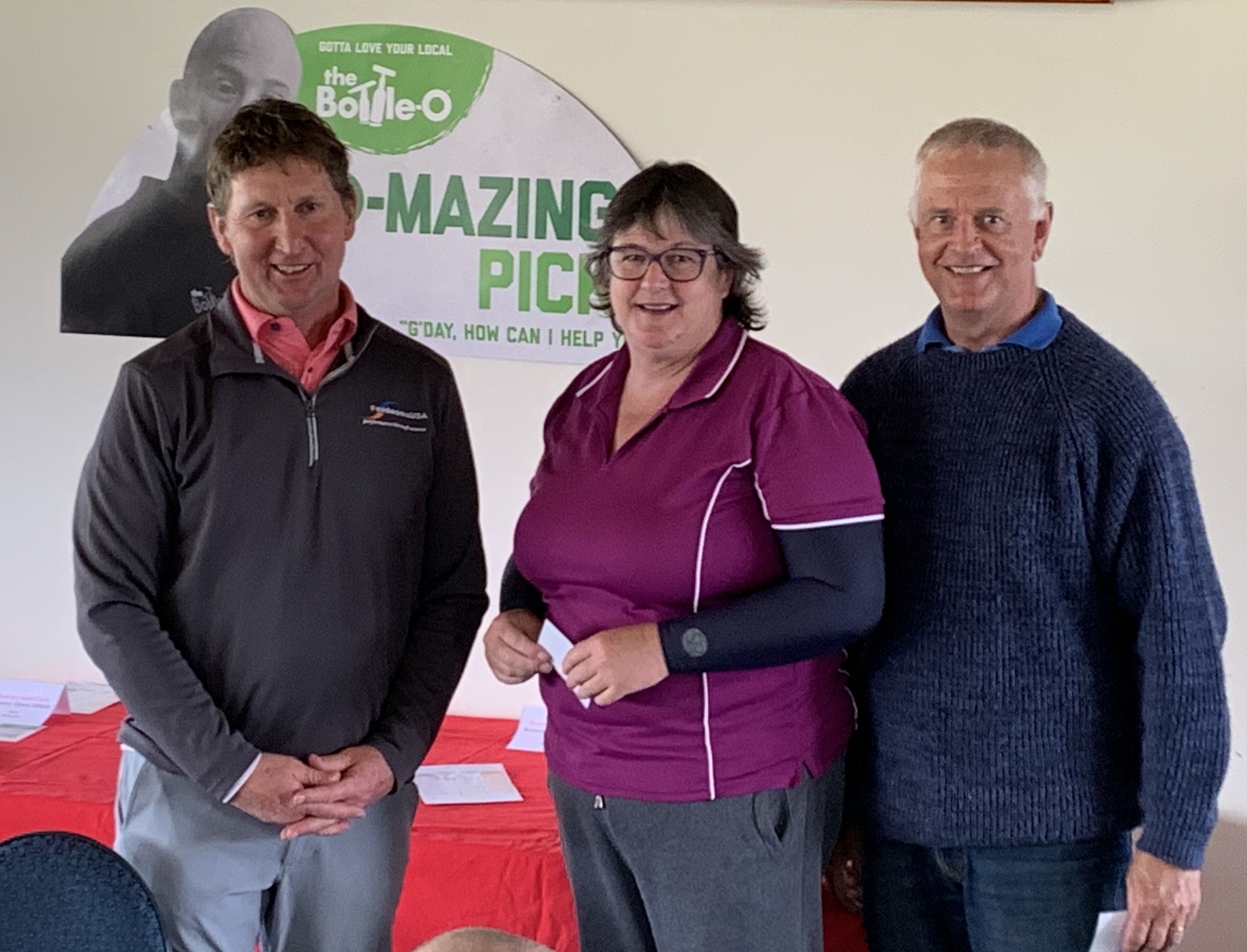 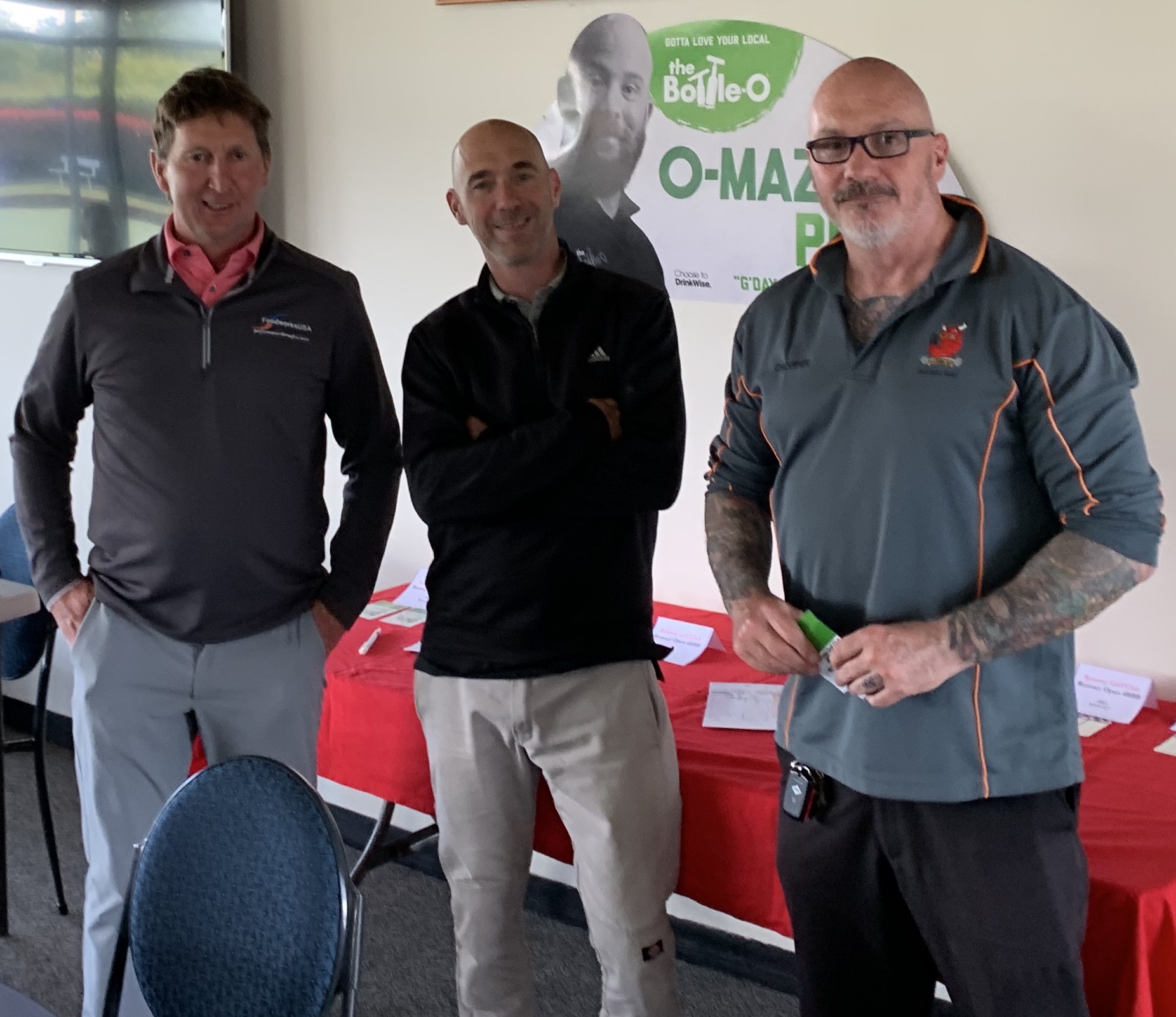