After a few days of overcast skies and misty rain the sun shone through and the wind blew on Friday drying fairways, rough and greens so they could be cut ready for the final of the John Laing Shield and the club’s Par competition.  The whole of Romsey Park was in top condition, a credit to the hard work of the club’s volunteers so, there were no excuses.  The sun shone through early in the round and while a breeze blew up from the Sth it had little effect on the play.  Despite the conditions everyone found scoring difficult and it was only an excellent back nine that saw the winner emerge.

The Final of the John Laing Shield looked to be a close contest between two, long hitting low markers.  Wright was quickly two down but fought back to be square by the 11th hole.  Atlas, playing with flair, took a “high risk high reward” approach on a number of back nine holes and got top results.  Life member John Laing (who won his own shield in 2017) was on hand for the presentation. On a top day to be out on the park the results were; 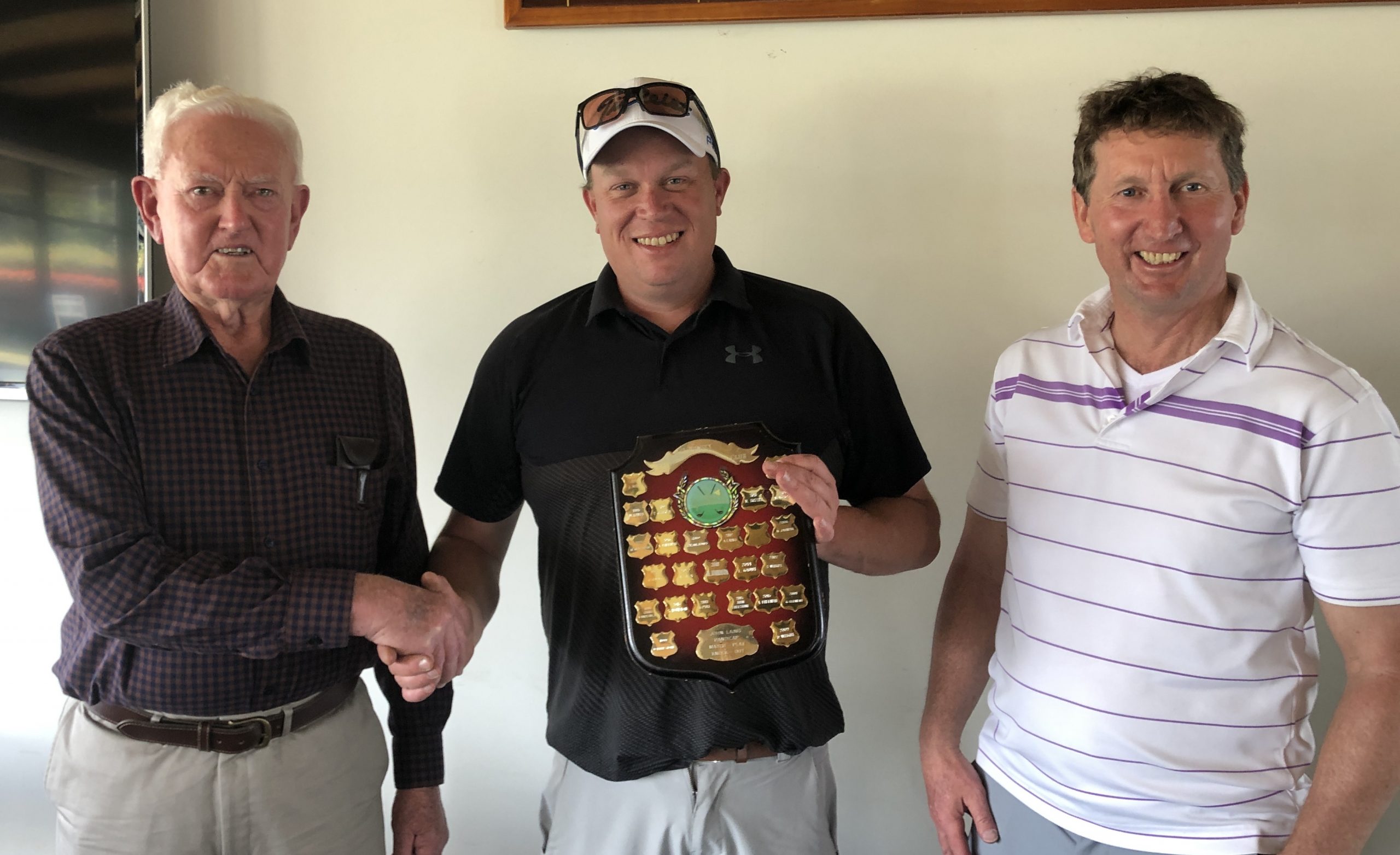