The RGC team assembled at 7.30am with a heavy frost on the ground and the temperature hovering around 0C.  The trip up the Hume saw the sun peek through and the temperature gradually rise.  By 10.30am the skies had cleared and there was beautiful winter sun caressing the course.   RGC took on Lancefield, the teams had met during the season with a 2.5 All Square result so it was expected the final would again be close.  The Euroa course was in top condition, (in the last 10 days they had received only ~30mm as compared to Romsey’s 130mm+) so some excellent golf was expected.    Both teams played well and the result, as is often the case, was much closer than the final score.  The team was well supported by RGC captain Lorraine Robb and Elaine Scanlon who took a little pressure off by driving the team.

Darlene Baker – W1up, Shirley Shelton – L3/2, Jenny Hartley – W1up, Wendy Gosden – W3/2, Beryl Cole AllSq (Beryl was heading down the 22nd hole when she was told we had the win) 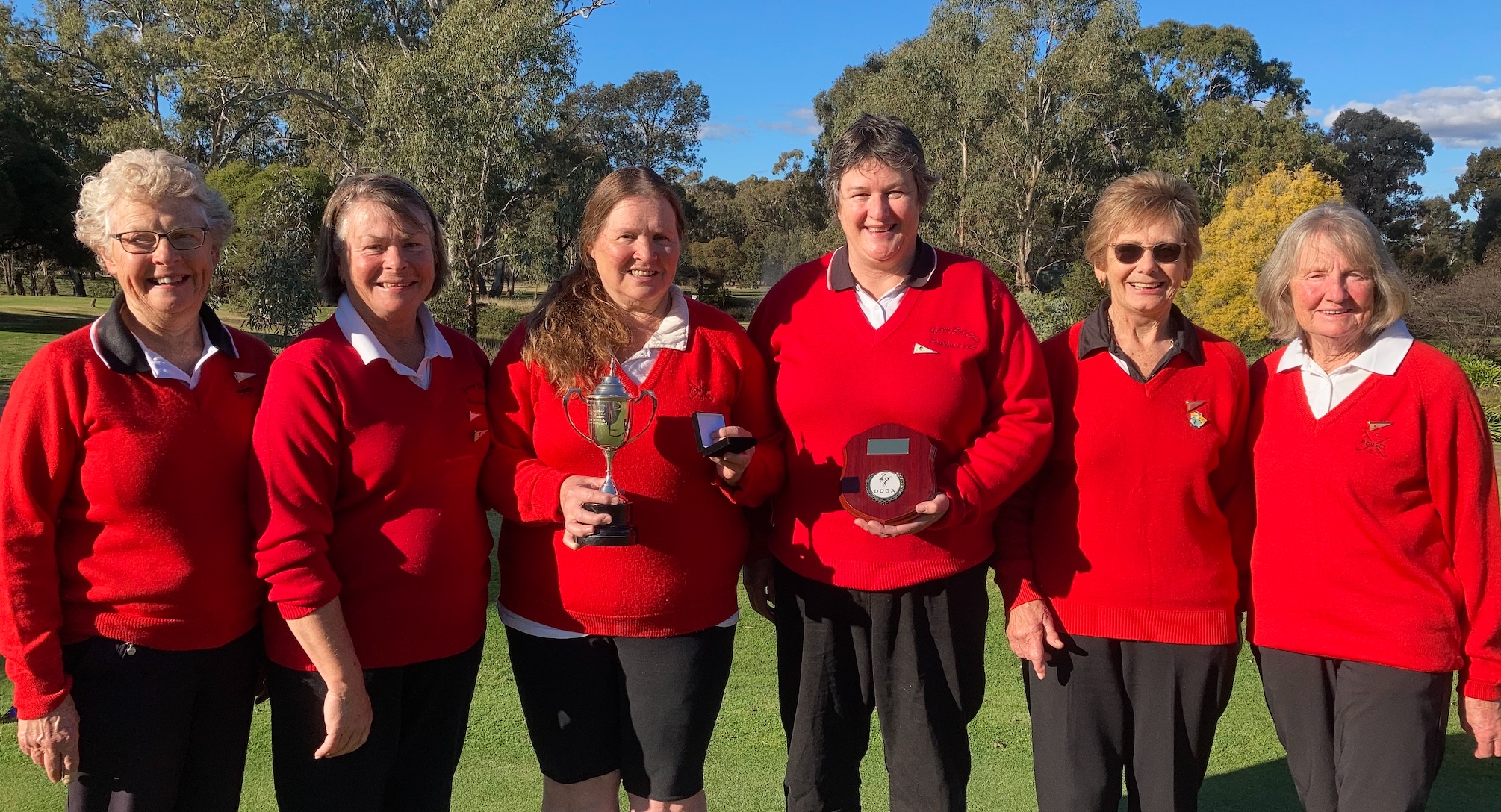