Thank you to the Euroa Golf Club for a beautifully presented course and to Trish Grinter, Women’s
Country Team Captain, for a well organised and  run event.

Elaine, Jenny, Wendy, Darlene after finishing their round. 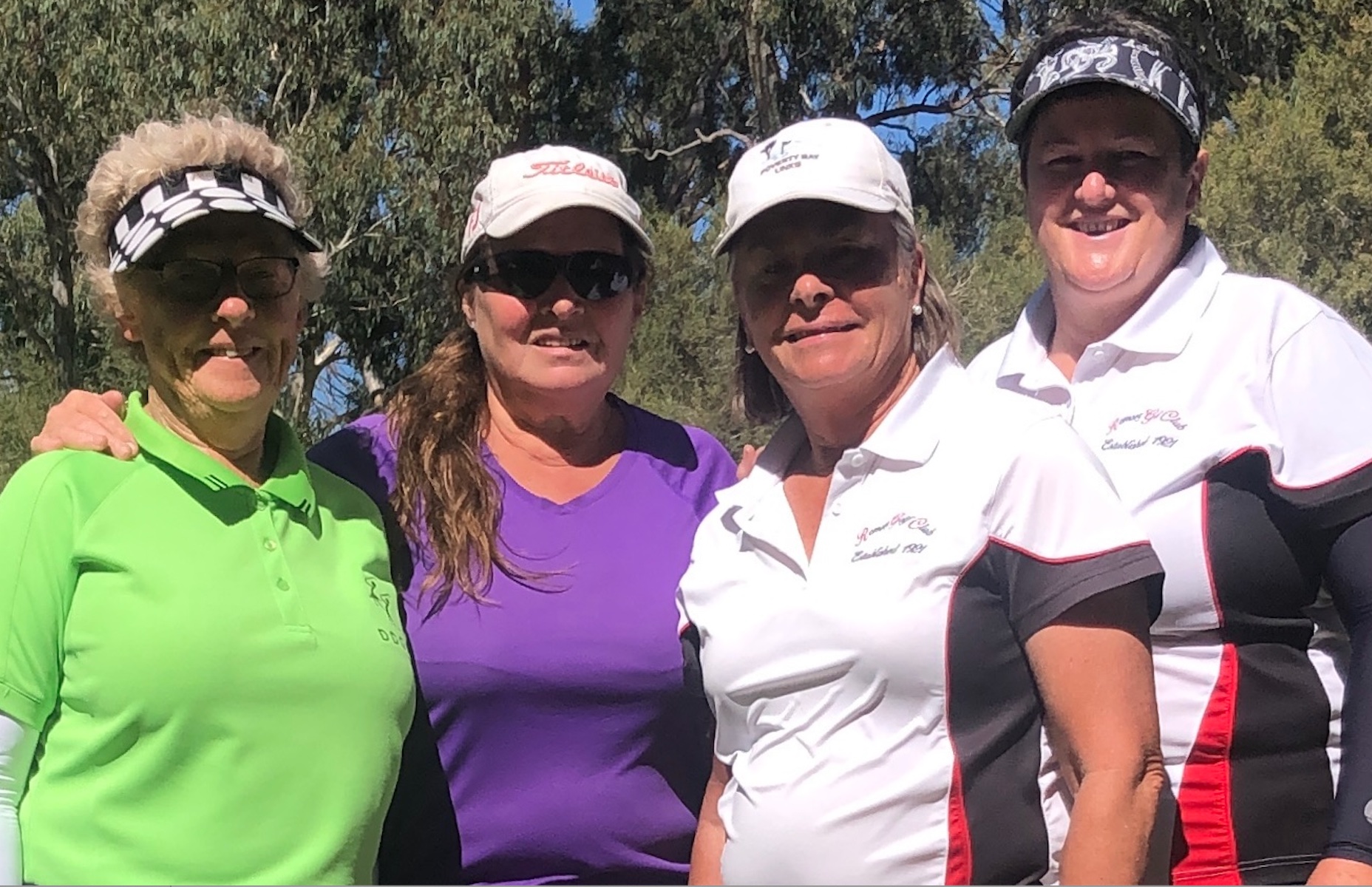