The coring team arrived just after 7.00 am, they were quick to unload their machinery and before we knew it the boys were in action on the 6th.  Core, clean-up, top-dress with sand then move on, of course having Andrew Clement loading the sand meant speedy turn arounds and much more sand in the tipper.  A very professional mob who had the whole thing wrapped up by about 10.30 am. A quick drink and a snag and they were on their way.
Painting Works
Lyn Robison did a great job repainting the distance and OOB markers.  The inside of the cups were also repainted.
Rough Control
Twig  began by clearing the capeweed and long grass in the re-cycled water tank enclosure then, after a quick look at the crews he decided all was well so off on the front deck to keep the rough under control.   Did not stop until lunch was called.  The course/park continues to look great.
Cross overs.
Kev Dunn, Jim Patton and Pat Chisholm.  Just about all cross overs were given a facelift.  The 1st cross over, on to the 2nd fairway, was completely rebuilt.  On the others the edges of the pipes were protected by treated pine sleepers then scoria was laid and levelled to create a good all weather surface.  Jim had got hold of a little excavator and he made short work of  the digging, Kev had the iPhone spirit level in action and Pat made sure everything was done in correct order and to the required standard.
On to the 2nd fairway 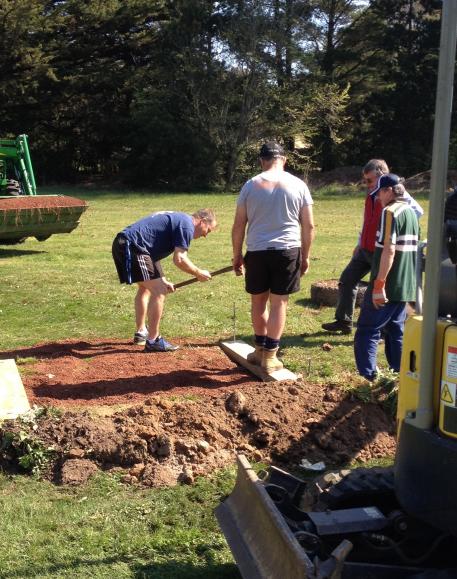 On to the 7th fairway 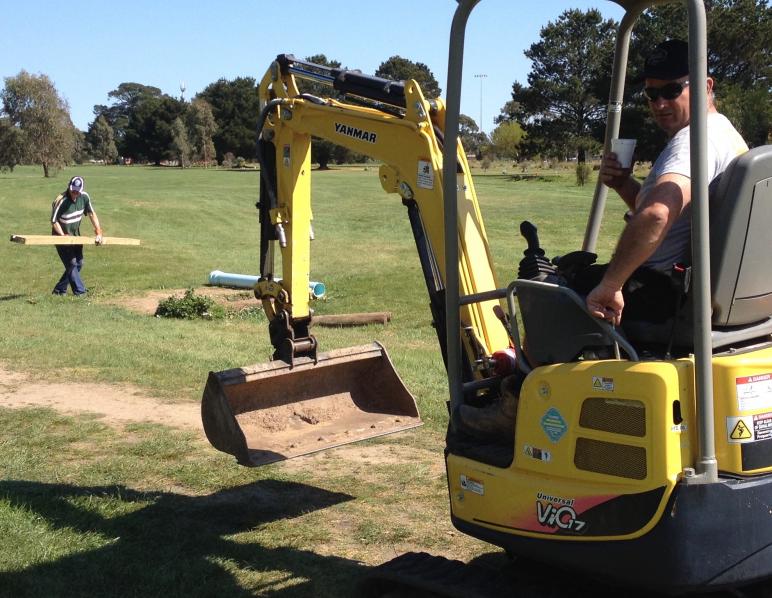 Clearing the Hawthorn etc on the 7th
Tony Freeman, Bob Dwyer, Scott Williams and Wendy Gosden.  This area of Hawthorn, Pine, Poplar and other invasive plants has long plagued golfers and all who use the park.  It was a haven for vermin and hungrily gobbled up any errant golf balls that fell its way.   The team worked their way in and cleared most of the area.
Before 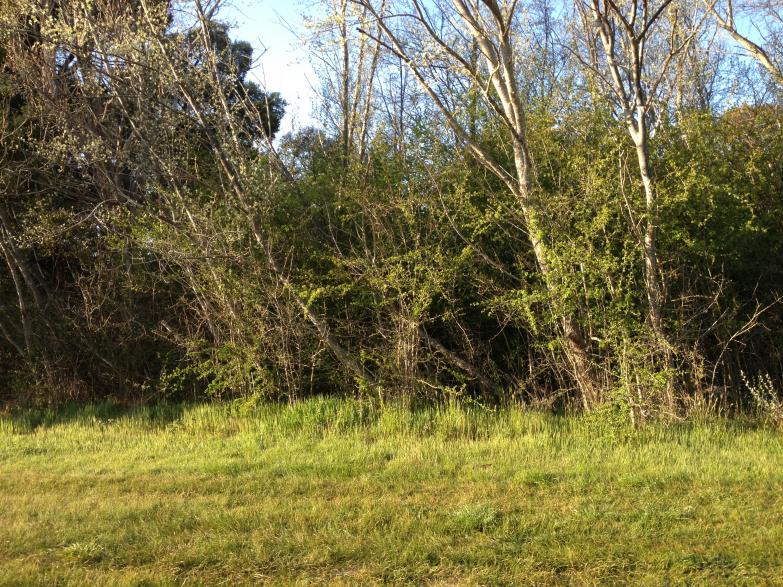 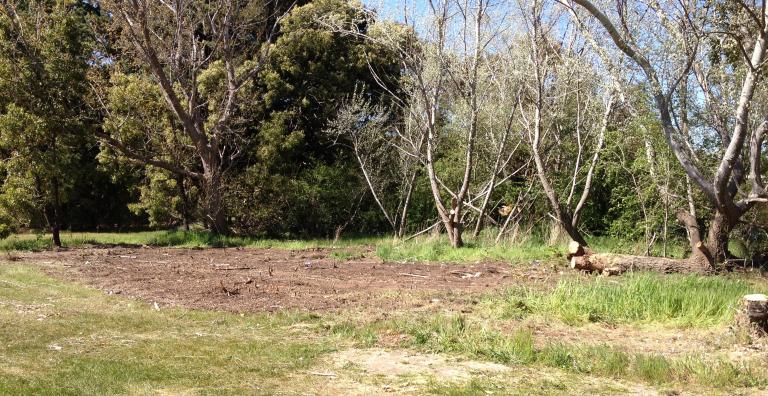 Seeding & Fertilising the Greens
Bob McLennan.  What can you say, 2nd to arrive and virtually last to leave.  Bob followed the corers and spread seed and fertiliser then rubbed the sand in.  He let the sun dry any of the damp sand and then went around and did it all over again.  Certainly enjoyed a cool drink as he was finishing off the last few greens.
On the Job 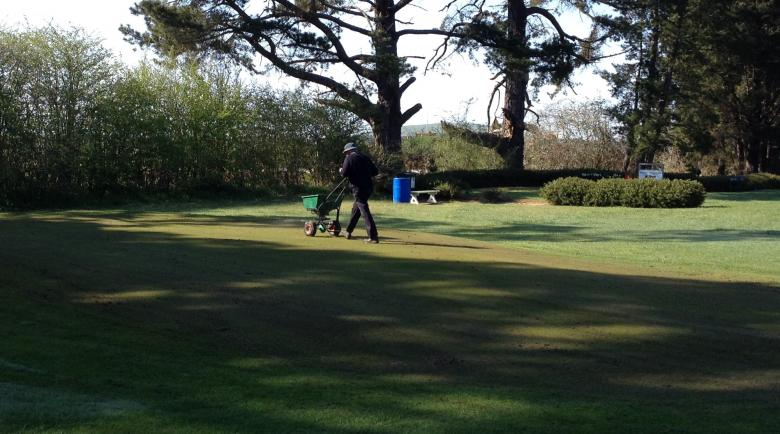 Spraying
Hugh Drummond wheeled his sprayer around the whole course and sprayed around all the young and newly planted trees.  Great effort.
New Track
Andrew Clement, John Boyce & Jim Patton
These boys got to play with the tractors and did an excellent job levelling and backfilling the track along the eastern boundary.  This will make sure vehicles stay well away from the course and help keep another section of the park free of previously noted weeds.  Now we just need to see what type of fence the developers put up.
Now, that’s better. 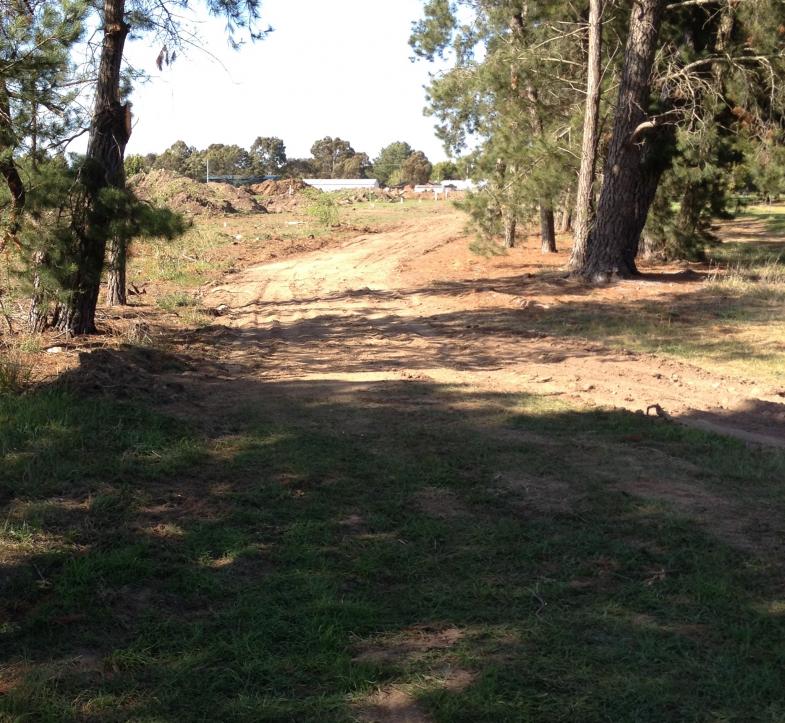 Cleaning up under trees
Lorraine and Bruce Robb
The project to gradually collect and burn the pine needles and other under tree detritus got underway.  A large section of the 2nd and 3rd fairway trees were attended to.
Hanging  a Protective Screen behind the 6th Green
Tony Lakey, Pat Chisholm, Peter Scanlon & Kath Jekabsons .
This wire will both keep balls out of the garden and protect golfers on the 7th tee.  Climbing plants will be planted over the next few weeks.
Now for some climbing plants 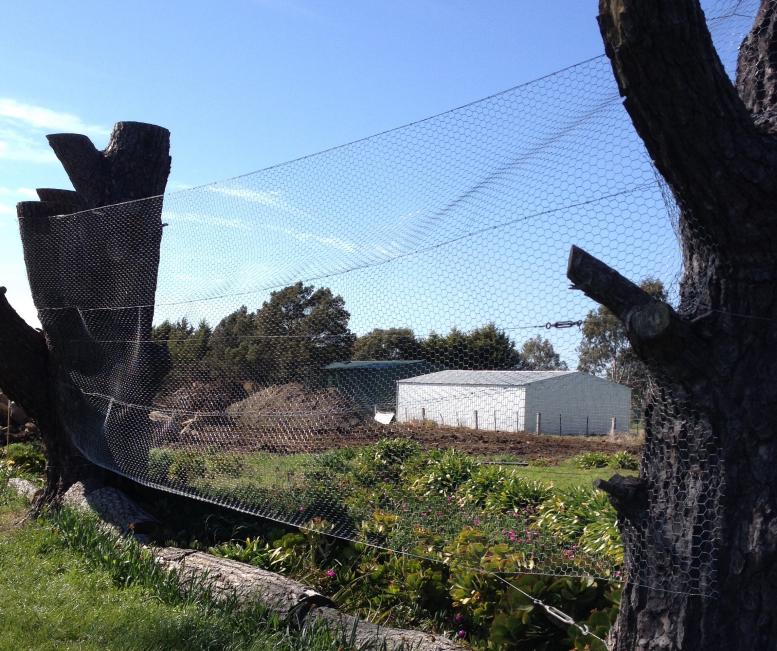 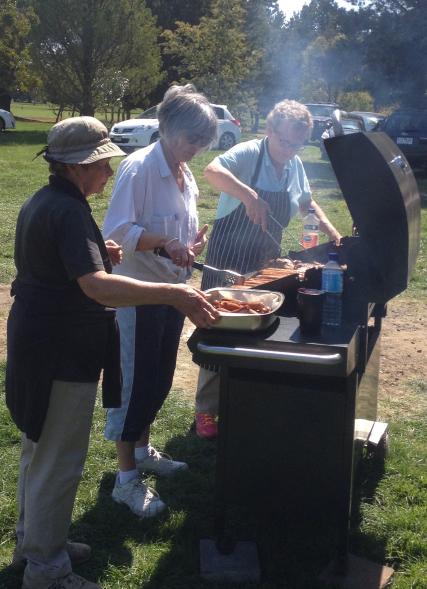 Tractor Work
Andrew Clement and John Boyce did a great job collecting the material that was cut down and moving it to the fire, they also carted scoria for the new cross-overs and filled various holes around the course.